ROBOT-02 is one of the robots in the Invasion Mode .

Some of it's weapons are: Chainsaw melee, and Gold  Katana melee.

You can find him in the easy mode of the Invasion Mode or the hard mode.

This robot is also a reward given to the players that participate in the Clan Show Downas a skin.

In the past, exaVolts' tournament winners were awarded with it as a skin. 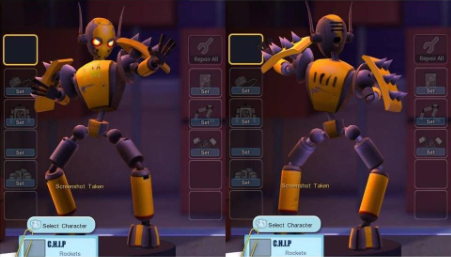 Retrieved from "https://mvs.fandom.com/wiki/ROBOT-02?oldid=10401"
Community content is available under CC-BY-SA unless otherwise noted.