ROCK OR GET ROCKED!

Founded in 2009, RHP delivers premier free-to-play games with a focus on community, competition and communication. These initavites serve to develop an environment that promotes fun above all, and engages players with original gaming experiences.

Rock Hippo is positioned to become a leader in one of the fastest growning segments of the video game industry. Talented indivuals can except rewarding challenges, high growth potential, competitive benefits, and an awesome culture.

All positions are in-house at our Toronto, Canada Office.

Markham, Canada - July 29, 2013 Rock Hippo Productions Ltd. has officially announced Core Masters to be their next online PC game released in North America and the United Kingdom. Core Masters is being developed by Soft Bigbang and in partnership with Neowiz Games, Rock Hippo will bring this exciting new entry to gamers hungry for a fresh take on the MOBA genre.

An official date for the closed beta of Core Masters is yet to be announced, while development of the game continues to add new features and content.

In Core Masters, familiar MOBA elements of action and strategy have been re-imagined, making the game experience something that is entirely unique. The game is designed to keep the competition tight while minimizing frustration and focusing on the fun aspects of multiplayer encounters.

"We expect great things from Core Masters, as well as our talented partners at Neowiz Games and Soft Bigbang" said Howard He, CEO and President of Rock Hippo. "We know that there is some tough competition out there, but we have a truly special game in our hands." 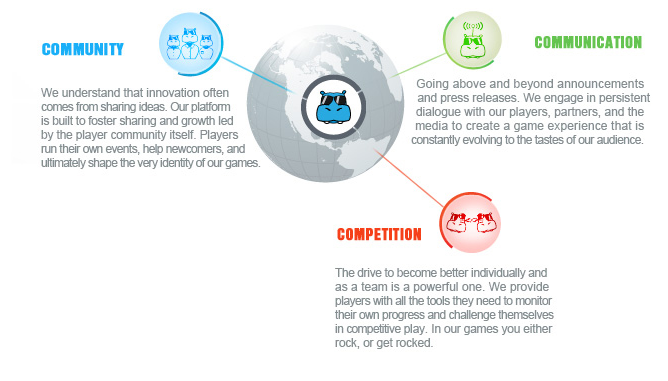 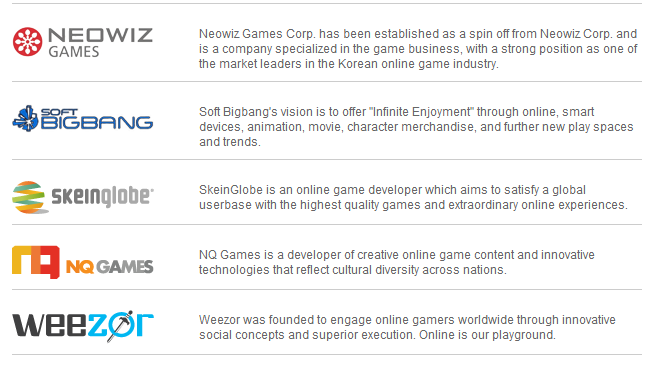 Six toy figures - Naomi, Knox, Pandora, C.H.I.P, Kai and Simon. - carry special instructions to activate others of their kind. But with limited battery resources, they are forced to fight for power. Now toys around the world are engaged in an all-out secret war for supremacy of the Micro World.

This game was released its first Closed Beta on August 12, 2010 and launched it second Closed Beta on January 28, 2011. The game's Open Beta phase began on March 10, 2011. Rock Hippo Productions announced that the Official Release of the game would start on June 9, 2011.

The game was ranked as the Second Most Anticipated MMO of 2010 by MMOSite's Reader's Choice Awards. It was also named as MMOGames' Editior's Choice in April 2011.

Mega City: a world formerly united and prosperous. Blue skies, fun rides, and bright lights have given way to Buster zones, zombie waves, and incredible fights. Busters, equipped with Glow powered weapons, are the only thing standing between Mega City and the invasion.

This game was officially released on December 15, 2011, and the servers were finally closed on September 04, 2013.

Get ready for a brand new action strategy experience, coming soon to a PC near you!

A.V.A is an online military FPS game where a fierce battle unravels between two factions: the European Union (EU) and the Neo Russian Federation (NRF).

This modern online warfare with its magnificent sound system, intensely vivid graphics, unexpected turn of events, high-explosive bombings and tumultuous attacks, intricate and realistic movements of characters pulls gamers into the virtual world transforming their surroundings, making them feel as if they are standing right in the middle of a war zone, looking up to the sky where bullets are raining overhead.

Retrieved from "https://mvs.fandom.com/wiki/Rock_Hippo_Productions?oldid=10396"
Community content is available under CC-BY-SA unless otherwise noted.